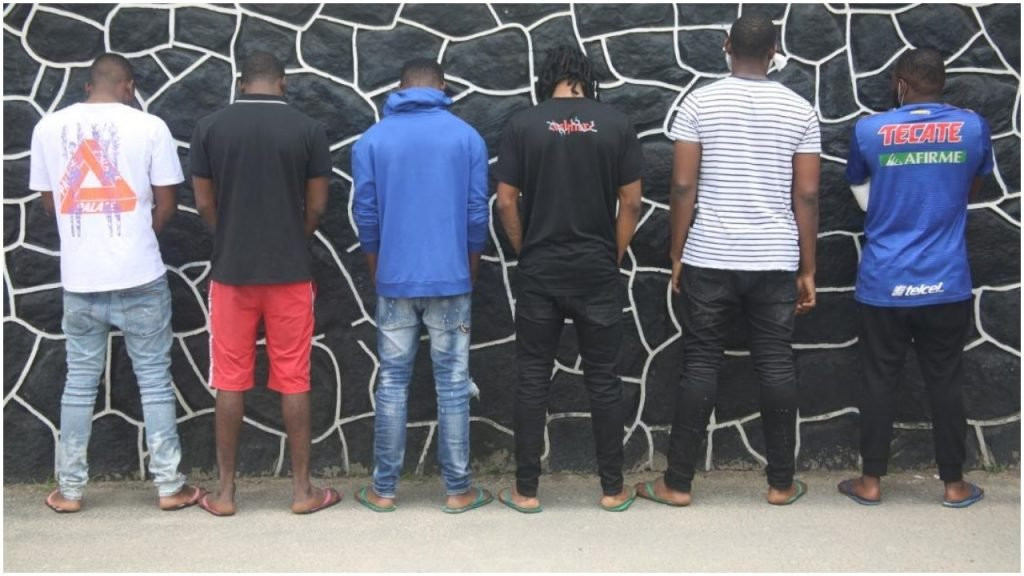 Men of the Economic and Financial Crimes Commission (EFCC) have arrested 15 suspected fraudsters at Ayo Babatunde Crescent and James Adejumo areas of Lekki.

They were caught after a raid.

It was also gathered that during the raid, the suspects tried to destroy evidence by flushing their mobile devices into the toilet, burning some and throwing their laptops into a nearby bush and lagoon.